So I’m fresh off the latest iteration of Hackware, a monthly meetup for hardware developers and enthusiasts in Singapore and the theme for this round was Vintage Computing. I can’t tell you how much I appreciate and love vintage technology, but generally my face goes 😍 when the topic comes up.

The event reminded me of a really long conversation I had with a friend a couple months ago. We hadn’t met in a while and our conversation veered all over the place. But one of the things we talked about was computers. Specifically, how some people are just averse to figuring out computers, that it’s a specific personality that can become “IT folk”.

A computer performs computations, hence the name. Fun fact, computers used to be people. Back in the 18th century, with the advent of the Industrial Age, being a human computer was a respectable profession that helped further humanity into the modern age we know today.

But I digress, computers have evolved at an astonishing rate within the last 100 years, from behemoths spanning rooms running on vacuum tubes, then moving on to transistors, and now we have tiny devices running on microchips.

It might be hard for some younger folk to imagine, but computers weren’t all that common in the home as recently as 30 years ago. Most early home computers came as kits, requiring technical know-how to assemble and program. But as mass market computers started to take off, the level of technical knowledge required to operate and use a computer conversely went down.

I suppose that’s also a reason why personal computing became more ubiquitous. Fast-forward to today, it’s not unreasonable to say that there are a large percentage of computer users who don’t understand how computers work. It’s almost seems like a magic box that does magical things.

A magic box, you say…

As computers became more widespread and popular among the general public, the demand for easy-to-use interfaces also ballooned. Graphical user interfaces (GUIs) had been around for the longest time though. Think Apple’s iconic Macintosh desktop, and the still-going-strong X11. These interfaces were more intuitive for most common users with no formal technical training and really grew the industry as well. 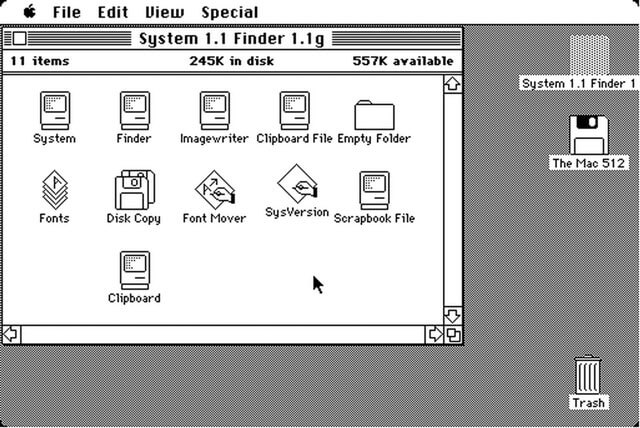 But everything has a down-side, and the down-side of this is that we now have quite a large proportion of users who really don’t know how computers work. If you’re the token IT guy among your friends or colleagues, I think you’ll relate to this.

I’m using the word computer very broadly here, smartphones, tablets, laptops, they’re all computers to me. Even though I sometimes think it’d be nice if the common user goes through some basic computer literacy course before being allowed to operate a computer, I guess that’s pretty unrealistic. From the consumer’s standpoint, we just want something that is easy to use and just works out the box.

So you can imagine my excitement when the Hackware announced that they would be doing a Vintage Computing edition of the meetup. It also made me start thinking about how I used computers twenty years ago. I thought it’d be fun to try to remember and document as much I could. There will likely be inaccuracies though, because your brain will lie to you!

Before the age of pointy-clicky

I was lucky enough to be exposed to computers since the age of 5. The first computer I played around with ran on MS-DOS. To be honest, the only reason I learned to operate that machine was purely so I could play games. I think it’s safe to say that it was easier to understand how computers worked then, simply because there was a lower level of abstraction than what we have now. I’m not saying it’s a bad thing, it’s just an observation.

So this was the first operating system I ever used, or at least that I can remember I used. When we first got Windows 3.1 installed, it had to be launched from this DOS menuing shell too. Our games were installed to a separate directory and the only 2 entries I ever accessed were Windows and Games.

When turbo buttons were a thing

According to my older sister, we had an Apple II before I was born, but we didn’t bring it along with us when we moved. The earliest computer I can remember had a horizontal chasis, a 5.25 inch floppy drive and the magical turbo button.

At the time I didn’t know what it did except that it changed the numbers on the display when we pressed it. I found out much later (from HowToGeek.com) that the name turbo was misleading because it actually slowed the processor. Processor speed determined the timing of in-application events, especially critical in games, and the turbo button was a hard-wired solution for games that were built to be played on slower systems.

I guess the games that I played didn’t really have this compatibility issue, hence the lack of awareness of what purpose it actually served. It did make a lovely click sound when depressed though (we remember the most useless things, don’t we).

All the glorious pixels

There were a lot of educational games in the Chen household. But I found them fun to play anyway. There were a lot of Broderbund and The Learning Company games. Even my dad played Where in the World is Carmen Sandiego, and we had the Space version, the Time version and a bunch of other spin-offs. Boy did the publishers milk that franchise.

It wasn’t until I read the book Gamers at Work that I realised Broderbund was acquired by The Learning Company in 1998. Another publisher whose games I really loved was Sierra, which made the Dr. Brain series, as well the slew of city-building games which began with Caesar back in 1992.

Of course we had more than just educational games. Side-scrollers were all the rage back then, Cosmo’s Cosmic Adventure and Commander Keen were among my favourites. There wasn’t any DRM stuff back then so whenever we went to visit my cousins, we’d just copy games onto 3.5 inch floppies and bring em’ home. I think most of our games were shareware anyway, because I distinctly remember only being able to play the first episode of Doom and replayed it so many times I could speed-run through it.

You can imagine how ecstatic I was when I discovered this marvellous app known as DosBox. I then proceeded to search out ALL the Dos games I played when I was a kid, as well as the full versions of those shareware ones. If you’re interested, hit me up. Most of the Dos games are abandonware now anyway.

We moved on to Windows 3.1 eventually and that brought along another set of games into my life. There was this Tetris clone called Faces that somehow left a pretty lasting impression. But speaking of Tetris, I can’t tell you how many hours I spent on that. There was one point where when I closed my eyes I could see those falling blocks. There was also this golf game I can’t really remember and Ski Free!

If you haven’t played Ski Free before, it’s really simple. You control this ski-er zooming downhill but you get points for doing tricks on jumps. But it was compellingly addictive. In fact, this probably explains why I loved the SSX series much later when I finally got a Playstation. 😱 Revelations!

Well, that was my trip down memory lane. I don’t actually personally know that many people who love old games, come to think of it. So that’s probably why this post grew so long, years of conversation about vintage games just tumbling out from my brain. 🤓

Anyway, if you’re remotely interested in hardware and are currently in or will be in Singapore, check out Hackware or any other of the local tech meetups from webuild.sg.