It’s almost coming up to 10 years since I deployed my first website onto the internet (it doesn’t exist anymore either). In terms of being formally employed as a developer, that’s much more recent, and I’m almost at the 6 year mark for that.

But until I got the chance to travel to tech conferences, I didn’t really think about representation. Attending conferences wasn’t even something that really crossed my mind, because a) they were mostly happening in far-away countries, and b) I could just watch videos online, right?

That changed in 2014 when I attended not 1, but 2 web conferences, Form, Function & Class 5 in Manila, and CSSConf.Asia 2014 in Singapore. I realised that physically being at a conference was very different from watching videos at home.

I was, and still am, a cheap Asian stereotype, so I started scheming ways to get to conferences without having to pay for them. Volunteering was a good start, which led to hosting, and eventually I ended up speaking at conferences as well.

I’m a fairly pessimistic person, in that I tend to hold on to the negative things more than the positive. The only thing I have going for me is that I’m aware I do this. Unfortunately, my rational brain can never seem to override how I feel at any time.

This is a broad generalisation, but when I was still playing basketball with the Malaysia women’s national team back in the day, I felt that locals sort of looked down on our own athletes. That there was a lack of faith that we could do well. I’m not sure if other athletes feel the same way, but to me, there were a large number of fair-weather fans who only showed support when our sports teams did well.

But even before that, when I was much younger, I always felt that I needed to do well to justify myself. I can’t pinpoint exactly why that was the case. Maybe this was how most Asian families operated with their kids? I did do reasonably well in school but I never had faith that if I didn’t, it would be okay.

My grandmother pretty much brought me up because both my parents were working. And she was always worried that I was jeopardising my future to play basketball. Even though I’d call home and tell her what was going on, I never asked her to watch me play because I didn’t think I was good enough yet. 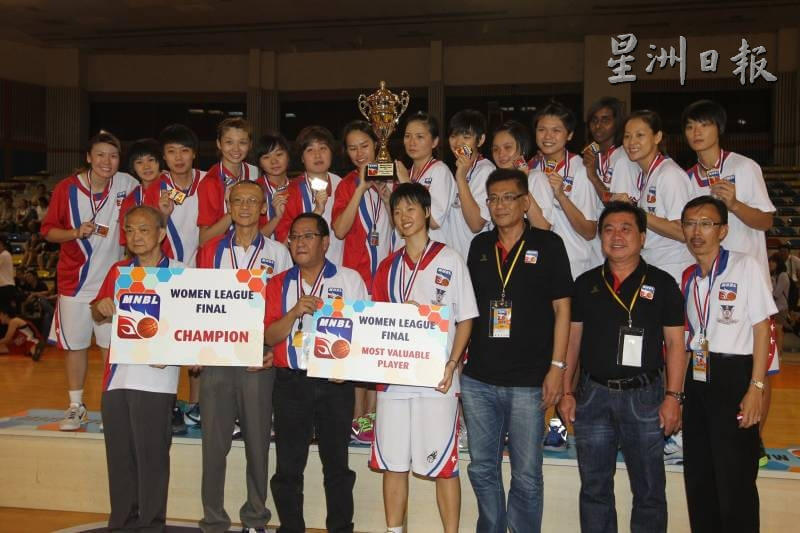 She passed away while I was playing in the Malaysia National Basketball League. Two weeks later, I won my first “Most Valuable Player” award. I can only imagine that maybe, I was good enough for her, and she would have been proud of me after all.

But my point here is, I never had faith. Never had faith that people would be supportive simply because of who I am, only of what I could do. And you’re only as good as the last thing you did, right?

I wasn’t even aware that I was the one looking down on myself.

In 2017, I had the opportunity to be part of the speaker line-up for the Mozilla Developer Asia Roadshow. But I was a literal no-name who had only 2 talks to her name among a star-studded line-up of well-known personalities.

The Roadshow covered 5 cities, of which 3 I claimed as home. Singapore, because I was based there. Kuala Lumpur, because I spent 8 years of my youth there. Penang, because I was born there. I was nervous as hell for the Singapore leg because I was sandwiched between Jeremy Keith and Vitaly Friedman.

But talking about CSS somehow makes everything fine, so I thought I did okay. I just felt that people came out to see the famous white guys. I was just happy and grateful to be there for the experience, to be honest. 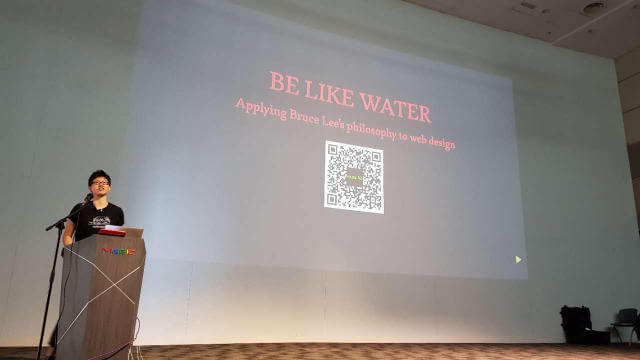 When I opened in Kuala Lumpur, I said “Saya bangga jadi anak Malaysia”, which translates to I am proud to be Malaysian, something I believe with every fibre of my being. To my amazement, I received the warmest applause from the audience. It was a warm, fuzzy feeling.

The kicker was at the Penang stop. I had weaved in 「我是庇能出世的孩子」(spoken in Penang Hokkien and translates to “I was born in Penang”) into my introduction. After my talk, I got the chance to chat with many lovely Penangites and one of them told me, they didn’t know who these white guys were.

They had come to see me.

I think those stories said more about me and my myriad of issues than the actual local community, but it did change my perception on things. That the local community did want to see one of our own on stage. And they felt that we too have something valuable to say.

This is something I believe in now. Enough to end up proposing an impromptu lightning talk at DevRelCon Tokyo earlier this year. There are some things that will stay with me, probably for the rest of my life, like the feeling of, what I’m doing isn’t that great, or who am I to stand in front of other people, like yourselves, and talk about what I do?

I have been incredibly fortunate to have met and become friends with outspoken and opinionated women in tech like Sareh Heidari, Jen Simmons, Tatiana Mac and Kim Crayton amongst many others. And through my various conversations and interactions with them, I’ve realised how important it is to make sure diversity of thought is heard in our industry.

JSConf.Asia just wrapped up a couple weeks ago, and Thai Pangsakulyanont, who is an amazing Thai speaker that we managed to snag two years in a row, pulled more than 6.5K views from Thailand in just 1 week. Zain Fathoni‘s talk video also got loads more traffic from Indonesia than any other region.

It is high time that those of us outside of North America and Western Europe start sharing our perspectives. All our different perspectives.

Because even though it is not something that most of us are naturally conditioned to do, there is value in contributing our perspectives to the world. For us to make our voices heard, and bring a greater awareness of the situations and contexts that we operate in.

More than that, I’ve started to really believe that it matters for people from my region, people who share my background, people who look like me, see someone they can relate to doing well on an international stage.

And hopefully this inspires them to believe that they too have something valuable to share.