macOS Sierra was officially released on 20 September 2016. That’s 1 week ago at time of writing. The day of the release, there were loads of articles appearing in my RSS feed (yes, I still use one, stop judging 😠) with the title “Should you upgrade to macOS Sierra?” or something along those lines.

I skimmed through those articles but nothing significant jumped out at me other that some people had issues with their Keychain access or something. But given I was in the midst of crunch time for a project, I held off on upgrading until yesterday. Given my machine is an early-2015 MacBook Pro running El Capitan, I thought it wouldn’t be much trouble to upgrade.

I’m the type of person who likes to keep my software as updated as possible. You know, those people who run brew update && brew upgrade --all every morning and sudo apt-get upgrade their servers every time they login? Yes, I’m one of those (what did we say about judging earlier?).

Anyway, the overall experience was pretty smooth, largely because of my prior experience with updating from Yosemite to El Capitan and spent quite a long time re-configuring Apache. This time, I kinda already knew what to expect.

First things first, actually get the update. Just open up the App Store and download the macOS Sierra update. It’s filed under Utilities. Go through the pointy-clicky wizard bits where you have to agree to the terms and conditions and let your machine do its thing. I was actually watching Mr Robot while this was happening, so for me, this part was pretty uneventful. It probably took all of 30 minutes?

Because I use my machine to earn a living, it is configured for web development. I don’t use MAMP, instead I followed OS X 10.11 El Capitan Apache Setup: Multiple PHP Versions earlier this year when I reformatted my machine. I already did something similar when running Yosemite but I messed up during the upgrade to El Capitan and after a couple months I thought I’d just start from a clean slate.

My observation is that every time you upgrade the OS, your Apache configuration gets reset. Even though the OS saves a copy as httpd.conf~previous, this backed-up version had some lines I needed commented out. ¯\_(ツ)_/¯

I checked back with the guides I followed previously and double-checked that these lines were uncommented:

Note: they don’t appear in this order so use the Command+F function to find them.

I also use a nifty tool called dnsmasq, which you can download using Homebrew. It’s a set-it-and-forget-it solution for redirecting local development sites on your machine. Instructions to set this up can be found in the article The Perfect Web Development Environment for Your New Mac. So I also had to restore my Virtual Hosts configuration file.

SSH took me a while to figure out

If you use AWS, you’ll probably have a bunch of .pem files in your .ssh folder in addition to the standard id_rsa and id_rsa.pub. I didn’t realise anything was wrong because I could continue ssh-ing into my servers but when I attempted to push code to my company’s git server, I kept getting the dreaded Permission denied (publickey). error.

Turns out I had taken for granted that the id_rsa file was loaded into the ssh-agent by default previously. When I finally got round to examining the ssh configuration file, I realised everything in there had been commented out.

Update: my friend Sahil advised me that my original solution of editing the global ssh_config file wasn’t such a great idea, so the post has been changed to reflect the better solution.

All in all, this update was pretty trouble-free. Nothing really broke. So it’s either I’m kinda lucky, or this update is kinda safe. 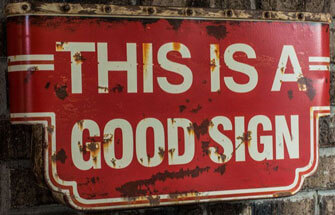 So make your own decision whether to upgrade or not, and may the odds ever be in your favour 😈.