It’s been a while since I wrote a pure opinion post. If this is your first encounter with me, let’s just say I am a relatively opinionated person. The “Opinion” tag is third on the most-used list of tags on my site (behind “CSS” and “Design”). So today’s opinion is about language.

In theory, I am bilingual, fluent in both English and Chinese. In reality, English is my working language. I write emails, blog posts, documentation, talks, content and so on in English 95% of the time. Working language (especially in tech) and daily use language is really quite different IMO.

So I grew up straddling the border of Malaysia and Singapore, living in Malaysia while studying in Singapore. Singapore uses English as its medium of education, with students’ mother tongues being taught as a single language subject. 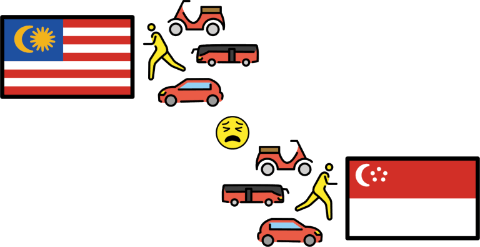 Being Malaysian Chinese though, I conversed mostly in Chinese with my Chinese friends but all of us, regardless of ethnicity, slipped in and out of our mother tongues and English without skipping a beat. It was mostly a mixture of English, Chinese, Malay, plus a smattering of dialects.

We can then skip forward about a decade later when I started getting interested in East Asian typography. That was around 2016, when I learned about the HTML Ruby element, then vertical writing modes in CSS.

One thing led to another and soon I was down a rabbit hole of Unicode specifications, W3C documentation and research into the digitisation of Chinese publishing.

I got in touch with the Chinese Layout Task Force and volunteered to help out with some outstanding translations from Chinese to English, because the Requirements for Chinese Text Layout document was to be written in Simplified Chinese, Traditional Chinese as well as English.

Most of the content was first written in Chinese, and at the time, some of it hadn’t been translated to English yet. Translating Chinese to English was fairly easy for me because English was my main working language. 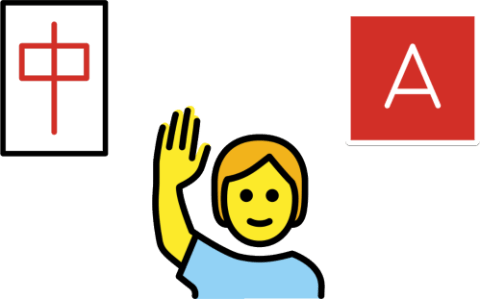 Our calls were in Chinese though, and I gradually improved my Chinese vocabulary, which had stagnated since I left school (there’s only so much variety in daily conversation, much of it mundane).

I had started reading more typography articles written in Chinese as well, but still didn’t feel I was good enough to write original Chinese content.

In 2019, I was invited to speak at CSSConf China, and chose to give my talk in Chinese. Because it seemed like a good idea at the time. Also, it was like a bucket list kind of thing, you know. “Give talk at conference in mother tongue.” *check*

Thankfully, the fates gifted me the opportunity to cross paths with Wei over a month before the conference date. And she pretty much edited out all the weird sentence structures I had in my script.

The talk went reasonably well. I personally think the audience had lower expectations of my standard of Chinese given I wasn’t local (dis is a good thing), and was maybe pleasantly surprised I kind of sounded local.

Southeast Asian Chinese are almost entirely migrants from Southern China, the conference was in Shenzhen. A small plus was that I could speak Hokkien and a bit of Cantonese, which are dialects used in Southern China.

By then I had also joined Nexmo as their APAC developer advocate, and having no prior experience in DevRel (hey, I never complain about lucky breaks), my strategy the first year was to throw everything at the wall and see if anything sticks. At the same time hoping the wall doesn’t fall over.

One of those ideas was to have localised content, so I started attempting to write Chinese content. That was REALLY slow going. It took me probably 3 times longer than if I would have wrote the same thing in English, but hey, the only way to get better at something is to do it, no?

Some random thoughts and insights

CSSConf China was the first non-English conference I had attended and the speakers were amazing. It is hard to put into words but the feeling was different from other conferences I’d attended before. I don’t know if it was because I had to parse the words I heard differently because it was a different language.

What was indisputable was how each speaker had such a distinctly different style and personality that shone through on that stage. I feel that Chinese is a much richer language than English and perhaps that’s why it felt more memorable to me.

Of course, I am biased here. So reminder to all that this is an Opinion, and you are free to have yours and disagree with mine. However, medium of delivery aside, I also learned about how different developers operated in China, as well as how similarly they did things.

Which made me wonder, how much perspective is hidden away from each and every one of us because things lose meaning in translation and certain concepts just don’t come through if you do not speak the language. I say this as a musing, because I have no solution.

But there is a treasure trove of content written by Chinese developers that I only discovered after my experience at CSSConf China. Which made me think, what about all the other languages the world’s developers share content in?

Some of you may say, learn more languages then? Easier said than done, my friends. Personally, if I hadn’t grown up Chinese, I doubt I’d be able to pick it up later in life, it just feels hard as a second language (but maybe that’s the same for every language and I’m just shit at languages).

I once asked a couple friends of mine who spoke multiple languages what language their thoughts were in. For me, it’s both in about equal measure. One mentioned she thinks in English but counts in French. Then I also discovered not everyone has a running monologue in their head ¯\_(ツ)_/¯.

A friend asked me once if I had inner monologues in English or Chinese, and the question surprised me because I thought people just form abstract thoughts like I do and convert it into speech only when it needs to vocalised to someone else or written.

So what’s your point?

I actually don’t really have one, so maybe this wasn’t an opinion as much as it was a bunch of random musings. The only analogy I can come up with is that each and every one of us has a unique yet constantly evolving algorithm for processing the inputs we encounter in our lives.

The exact same inputs will be processed completely differently by two different people, hence the output will probably never be the same unless via chance coincidence. They could be similar or close enough for people to develop some sort of connection, and I think that’s probably the best we can do.

Does that mean someone with a vastly different output is wrong? I don’t think so. Our processing algorithms are an amalgamation of our personalities, our environments and our life experiences. To me, language, which is closely intertwined with culture, has a large influence on the latter two vectors.

Maybe my opinion is this. Being able to be fluent in multiple languages not only benefits from a communication standpoint, but also allows us to have broader world views because language literally impacts how we think about things.

Anyway, I feel really lucky to have grown up in an environment that allowed me to be fluent in two languages. That is all.