Earlier this week, I had the opportunity to speak on a panel during a Women of ID8 Luncheon, which was part of the larger Facebook iD8 event in Singapore. The panel discussion centred around the topic of “Growing women’s influence in the workplace”.

The luncheon was organised by my long-time friend, Elisha Tan. She is a kick-ass woman in tech doing a myriad of awesome things, including TechLadies, a community-led initiative for women in Asia to connect, learn, and advance as programmers.

We first met around the time she was launching the inaugural TechLadies Bootcamp and she asked if I wanted to speak on her panel. Are you sensing a trend here? At the time, I hadn’t done much public speaking, probably a grand total of 3 meetup talks to my name. But she put me on there anyway. 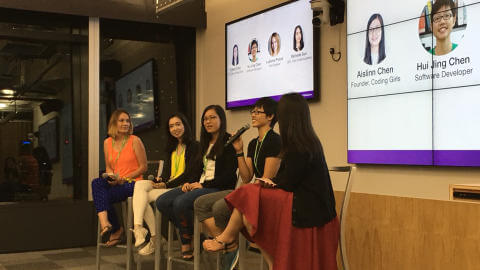 I had attended lots of tech meetups previously and it never occured to me that most of the audience was male, until I sat in front of a room full of women.

That was what prompted me to blurt out (in my typical full-on Singlish accent) “Wah, so many char bor!”, which brought endless amusement to a lot of my friends. 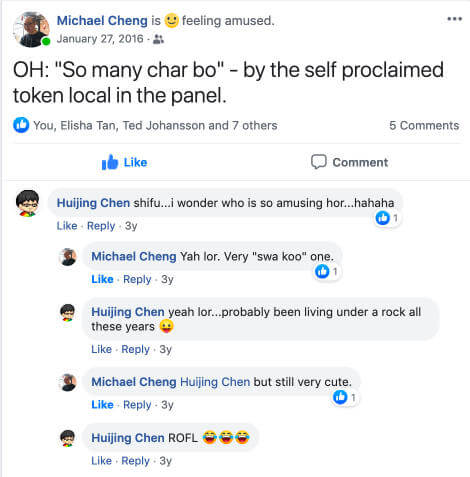 Fast forward more than 3 years, and here we are today. Me, still my typical nonsensical self (ask the people who’ve seen me since day 1), albeit with slightly more public speaking sprinkled in.

While Elisha has continued to push forward her various initiatives to advance women in tech and is now the Developer Programs Manager for APAC at Facebook.

Which brings me back to the luncheon mentioned at the start of this story. I had since gotten the opportunity to speak internationally at a number of tech events, and gotten to know many awesome people in the industry.

People gave me a shot

But none of this would have been possible if not for women of influence like Jen Simmons who pushed my name forward when nobody knew who I was, and conference organisers like Thomas Gorissen, Charis Rooda and Vadim Makeev who took a chance on me when I had no prior track record whatsoever.

I can’t do much to repay them directly, because their faith and support was priceless. But I can do this (and you can quote me):

Acknowledge and highlight the achievements of the women around me from this region as publicly as I can.

There are many women in the tech industry who choose not to be public, and that’s perfectly fine. But there are also many who just need an opportunity, a shout-out, someone to shine the spotlight on them for once.

Which is why I don’t want to be seen as an outlier. I want the world to know that if you think I’m good, you should see the whole pool of talent we have over this side of the planet. That we’ve had for a long time but you never knew about us.

My girls being casually awesome

So I want to mention just a few of these amazing women in tech whom I have the privilege of calling my friends.

I love the folks at @PWDO more than words can ever express ❤️
Meanwhile, recap of last year's excitement, dedicated to conference organisers everywhere 👇
“Murphy’s Law at its finest: the Form Function & Class finale”https://t.co/VgHtcP53bo

Aysha Anggraini, my beloved mind twin who is the epitome of sass (you should hear her speak, really) and one of the best frontend developers I know. Oh, and she also happens to be a fellow Malaysian.

Speaking of Malaysians, there’s also Chong Sher Minn, who gave a brilliant talk at JSConf EU earlier this year. And queen of CSS herself, Olivia Ng, who is simply the best at designing creative layouts with CSS grid.

Oh, how about Jecelyn Yeen, who took on the mammoth task of organising the inaugural NG-MY, which was Southeast Asia’s first Angular conference.

There’s also See Yishu, whom I refer to as the pride of Singapore, because her style of delivery is so perfectly Singaporean. Wonderfully humourous, while still getting the point across.

And Gao Wei, my favourite person in the world, who does a tonne of amazing things, not for glory or recognition, but out of pure passion and curiosity. She also happens to be a great speaker (though she doesn’t seem to think so herself), and a bad-ass climber.

There are more than 7 billion people in the world. The odds that any of us are in each other’s lives is nothing short of a miracle. Yet, I have managed to cross paths with these amazing human beings.

And I hope you get to cross paths with them too.